At the beginning of the last century, around 1900, the Swede Erik Larsson (already at the age of 16) starts designing combustion engines. First for general (stationary) applications such as water pumps, later also for boats. Erik Larsson is the founder of the Albin Motor company in Kristinneham in Kristinnehamn Sweden, which is the origin of the later Albin boat factory. in the ’70’s Albin becomes an international supplier of boats and boat engines and will maintain a market leading position for years.

Below is a brief chronological development of Albin: 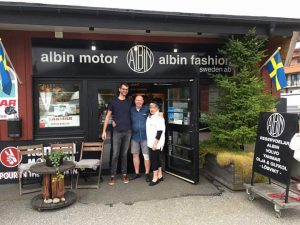 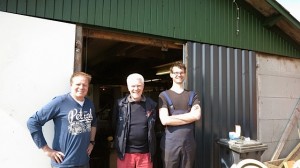 The foundation of Albin Nederland NV in 1969 explains the large number of Albin engines in the Netherlands. Most Albin engines in the Netherlands are the types that were produced from that time on, namely the O-series (gasoline) and the AD-series (diesel). It may be possible that your boat is fitted with another engine type (O1, O2, AL1, AL2, AL22, AL23, O4). These are often engines that came along with the import of Scandinavian boats. Albin Nederland NV existed from 1968 to 1996.

In 1995 the Albin parts stock and production of Albin Motor Componenta was taken over by Forsmarin Sweden, now Albin Motor & Fashion Sweden AB. This company, led by Stefan Ström and his wife Maud Maria, today still exists. Thanks to their efforts, almost all parts of Albin gasoline and diesel engines are still in stock or being (re)produced from blueprints.

Around 2008, myself got (accidentally) involved in Albin engines and in 2011 I decided to get oficially in business. In March 2014, Mr. Joosten, the founder of Albin Nederland NV, visited our workshop together with his wife and some members of the local Albin motorboat association. A great honor!

By the way, Albin Components AB still exists in Kristinnehamn as a machine factory; this company is even located at the same location as the former Albin engine factory, although nowadays other products are made than in the past.