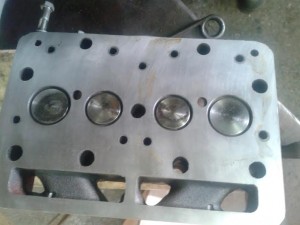 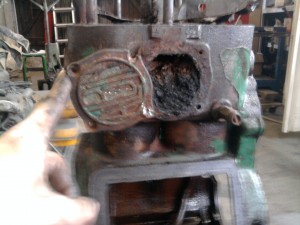 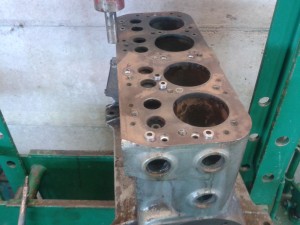 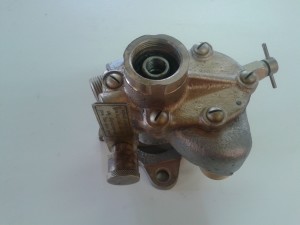 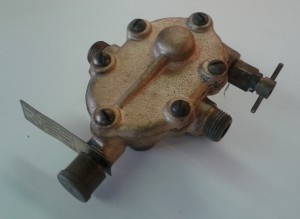 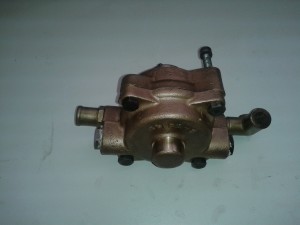 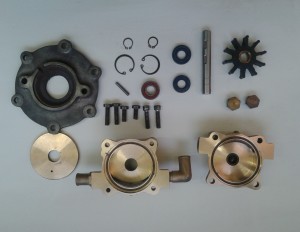 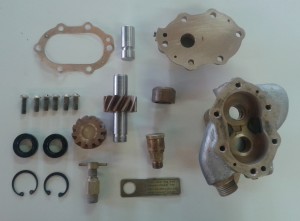 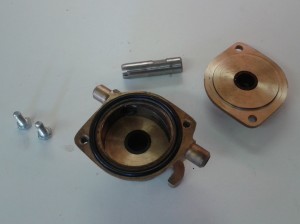 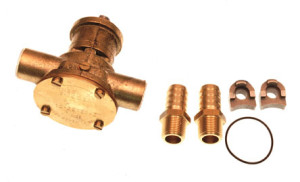 Originally, all Albin engines were designed as directly cooled. This means that the cooling water pump on the engine pumps fresh water through the engine (and possibly also through the exhaust). Other cooling systems are also possible (for example intercooling or bun cooling), but these are usually aftermarket or self-built cooling systems.

Direct cooling is a relatively simple system, but it also has a number of risks: corrosion, frost damage and the risk of water in the engine in case of a wet exhaust. To prevent damage due to these potential risks, the instruction manual and the advice regarding corrosion protection and frost protection must be strictly adhered to. The instruction manual may be old, but the content is still valid.

Cooling jacketss
The cooling jackets and ducts in the engine clog up during the service life of a directly cooled engine. This is due to the following causes:

It is recommended to descale the cooling jackets of the engine once every 2 years , with vinegar or another descaling agent. (This no longer makes sense if rinsing is no longer possible, in other words if the cooling channels are completely clogged.) For engines fitted with an impeller pump (O-22, AD-2, AD-21 and MB10a), the impeller must be replaced after descaling.

For impeller pumps (Albin O-22, AD-2, AD-21), a pump overhaul consists of re-surfacing the pump cover and impeller chamber on the lathe, replacing the impeller shaft, replacing the bearing bushes, seals and impeller. The impeller pumps on the Albin AD-2 and AD-21 have a double impeller, of which only one is used for engine cooling and the other impeller can be used for pumping off bilge water. In practice, the second impeller is rarely used and it is adviced to remove it from the pump. Check the condition of the impeller regularly, and replace it preventively every two years. Accelerated impeller wear often indicates a worn pump.

Overhauling a gear pump (Albin O-11, O-21, AL-23, O-41, O-411) is labor intensive. Because the bearings in the pump are made directly in the bronze casting of the pump housing, they must replaced with bushings. With the help of specially made adapter, the pump housing can be machined on the lathe, and the old bearing are machined so that a new bearing bush can be pressed in. The shaft is turned slightly off, the pump is provided with new seals, the pump cover is flattened, and the pump is provided with new grease. The use of the correct grease is important for the service life of the bearings. Use an NLGI2 fat or equivalent for this.

The water pump is mounted on the motor again with a new breaking pin.  The breaking pin will break if the pump is blocked by dirt, for example. If a breaking pin of the wrong material is used, then it is possible that not the break pin breaks but other vital parts in the engine. The use of a fresh water filter is advisable, in particular for engines fitted with a gear pump. It is also recommended to have a spare shear pin in stock.

On the Volvo Penta MB10a, the original water pump is always replaced for a new one. The original pump has plain bearings and poses a high risk of water leakage to the oil cranckcase, especially if the shaft is damaged and  / or the shaft seal is worn out. The new pump has ball bearings and is therefore less subject to wear. The risk on water leakage into the cranckcase is eliminated.

Wet exhaust
Albin engines were designed with a so-called ‘wet’ exhaust. This means that the cooling water is injected into the exhaust after it leaves the engine, to cool the exhaust and also to dampen the engine noise. On most of the Albin gasoline engines, a three-way valve is mounted on the manifold, allowing the exhaust to be blown dry before stopping the engine. We often see that this valve has ‘disappeared’ or is not being used. For the later engine types, this three-way valve is unfortunately not originally mounted on the engine (O-22, AD-21). With the Volvo Penta MB10a this valve function is on the thermostat housing on top of the cylinder head.

In addition to the fact that absence of this valve does not improve the service life of the engine, it also increases the risk of water entering into the cylinders (this often occurs when the cooling water inlet valve is already open while the engine is started but does not want to run) . It is therefore important that the three-way valve is used correctly:

The fresh water inlet valve should always be closed when not sailing.

Some engines may have a ‘dry’ exhaust; the exhaust must then be well insulated against heat.