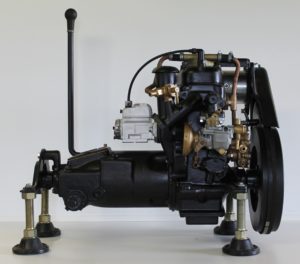 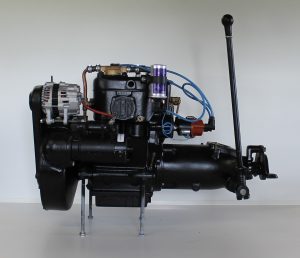 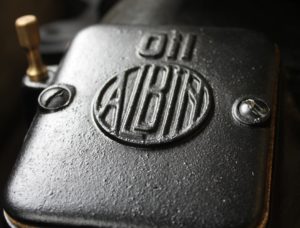 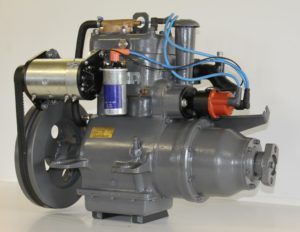 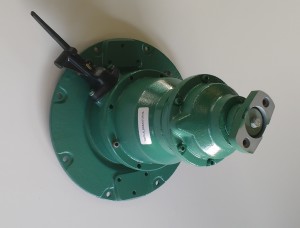 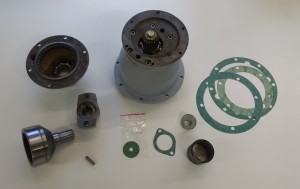 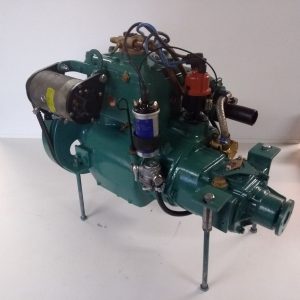 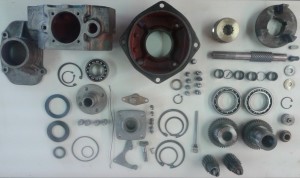 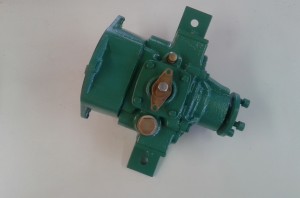 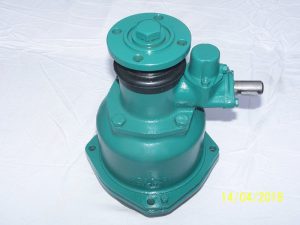 The engine cranckcase and the reverse gear oil sump are separated from each other, except for the AD-2 where the reverse gear is lubricated with the engine oil. This type of reverse gear has a large control lever on the reverse gear, and a considerable amount of force is required on the operating lever. A bandbrake / plate clutch type reverse gear are not suitable for single-lever operation by means of Morse cables, but are quite robust (not invulnerable) and generally survive – under normal use – the service life of the engine.

The reverse gear is completely dismantled during overhaul. All moving and wear-sensitive parts (clutch plates, gears, brake band, brake drum, control levers, shift fork, shift cone, thrust bearing, etc.) are inspected for excessive wear and, if necessary, repaired or replaced. New parts are rarely used for repair, because the reverse gear is a part of the engine which is not the first to be worn in normal use. Often it is sufficient to replace it with exchange parts, which are generally  in stock.

After inspection and repair, the reverse gear is mounted on the engine again with new gaskets, and the coupling is adjusted. The latter often turns out to be a difficult job for Albin owners, because the adjustment of the reverse position and the neutral position are related to each other. In the life of the engine, it will be necessary to adjust both the forward and reverse position several times. The procedure for this is described in the manual.

Instruction for (dis)assembly of the AD-2 reverse gearis included in the AD-2 workshop manual.

Note: for correct operation, it is essential that the reverse gearis lubricated with the prescribed mineral SAE30 oil.

Particularly in the event of improper use or overloading, certain parts in this reverse gear can get damaged or wear out quickly (often the springs and shifting plungers). To avoid damage, it is important that switching gear is done at idling speed and not at higher engine speeds.

Note: for correct operation, it is essential that the engine (and therefore also the reverse gear) is lubricated with the prescribed mineral mineral SAE30 oil. The (dis)assembly manual and troubleshouting guide for the Albin O-22 and AD-21 reverse gear can be downloaded from the documentation library.

The reverse gear is completely dismantled during overhaul. All moving and wear-sensitive parts (primary axis, secondary axis, bearings, shifting cone and cups, commander mechanism, etc.) are inspected and checked and measured for excessive wear. The securing washer on the secondary shaft is often broken, this may be due to overloading the propeller shaft (dirt or rope in the propeller, for example) or excessive wear, or a combination of both. The reverse gear no longer functions properly (slipping and / or rattling). When slip occurs, the lubricating oil in the reverse gear burns and turns gray. With a properly functioning reverse gear, the oil is blank and clear, which does not mean that it does not have to be replaced annually.

After disassembly, inspection and repair, the reverse gear is mounted on the engine again with new seals and, if necessary, other new parts. The rubber element (torsional damper) between the engine and reverse gear is also often in need of replacement. During the lifetime of the MS reverse gear it may be necessary to adjust the spring pressure of the control mechanism (in the case of non-sudden, increasing slip).

Note: for correct operation, it is essential that the reverse gearis lubricated with the prescribed mineral oil 10W30.

Although the Volvo Penta RB reverse gear is not on the Albin or Volvo Penta MB10a (the RB gear is found on Volvo Penta MD2 and MD3 diesel engines), we can overhaul it for you and we also have various exchange parts in stock for this reverse gear. The RB repair manual can be downloaded from the documentation library.