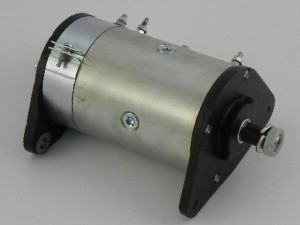 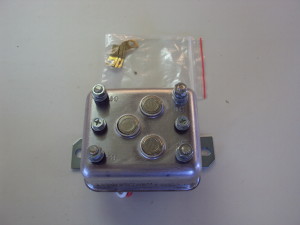 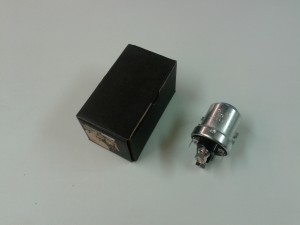 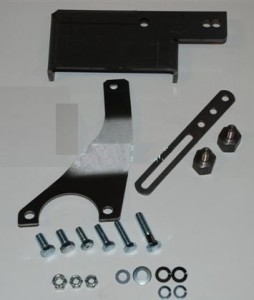 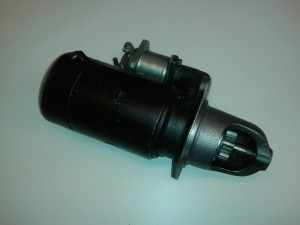 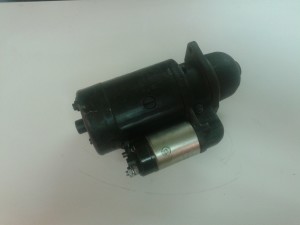 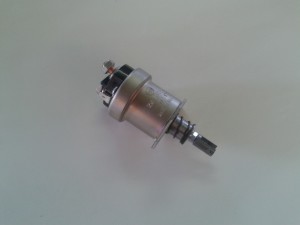 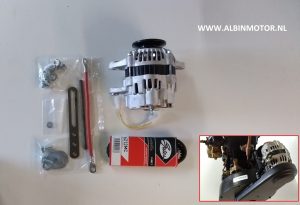 Dynastarter
The dynastarter is designed as a combined generator and starter. By means of one, but usually two V-belts, there is a transmission to the flywheel of the engine, which can be used to start the engine but also to charge the battery. A dynastarter is compact and takes up little space compared to a separate starter motor and generator. However, due to its construction, the charging capacity is small, but sufficient to charge the starter battery and, for example, to provide the on-board lighting with power.

A dynastarter always requires a charging unit and a starting solenoid. These two used to be combined in one unit, nowadays they are only available as separate units.

On the Albin engines where a dynastarter is mounted, a Bosch 14V / 11A dynastarter was installed from the factory. The same applies to the Volvo Penta MB10A, with the exception of earlier productions, which had a SIBA dynastarter mounted on it.

With a 14V / 11A dynastarter, it is advisable not to choose a starter battery larger than 45Ah, to prevent any long-term charging at full load (the dynastarter can then become too hot and burn internally).

Common problems with dynastarters are:

The dynastarter can be overhauled by overhauling or replacing the rotor if necessary, rewinding and bandaging the windings, internally renewing the wiring and connections and replacing the bearings and carbon brushes. However it is often cheaper to replace the dynastarter by a new one from available imitation brands (Efel, Delco, etc.).

If your Albin is hand started, it is in most cases possible to convert it to electrical start by means of a dynastarter conversion set. Please don’t hesitate to ask for further inquiery.

Starter motor
The following types of starter motors are found on Albin engines:

Common problems with starter motors are:

In particular for the EGD types of starter motors new parts are hardly available. In general we are still able to overhaul these starter motors because we have many used parts in stock. The starter motor is overhauled by overhauling or replacing the rotor if necessary, rewinding and bandaging the windings, internally renewing the wiring and connections, overhauling the bendix, and replacing bearings and brushes.

Because 6V systems are less common nowadays, a 6V starter motor can be used in a 12V system provided that the starter solenoid has been replaced by a 12V unit and the starter is only used for a short period of time (so no prolonged restart). If this does happen, the anchor will burn and be damaged in a short time.

Generator
All Albin engines with separate starter motor and generator are originally fitted with a 6V or 12V DC generator and a charging unit. When the DC generator is worn out or due for replacement, we can overhaul it for you. Overhaul of a DC generator is similar to the revision of a dynastarter. There is also the option of replacing the DC generator with a more modern alternator by means of a conversion set, which considerably increases the charging capacity. Please don’t hesitate to ask for further inquiery.